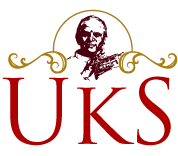 My association with Mr. Sivaraman dates back to late fifties since when I have been consistently being accompanied by him for my concerts each and every one of which has been simply memorable speaking volumes about his superb artistry. To mention a few such concerts, the one at Malleswaram Sangeetha Sabha. B’lore in 1964, one at Cochin, another one at Mysore and then Trichy are still green in my memory. I have been attracted as much to his matchless acumen as to his wonderful personality too, both of which have accounted much to the success of any concert as an experience and entertainment as well.

His playing technique
Mr. Sivaraman’s virtuosity as a master percussionist lies in the unique style that he has evolved over the years. The combination of tekas, gumkis, sollukattus played with absolute perfection, felicity and abandon which suits any vocalist, tala or kriti add an entirely new dimension and lustre to the concert as a whole and make it a fresh experience. His refined yet sophisticated playing allows him to simply sail along smoothly with the main artist irrespective of his standing, physical fitness and schooling or patanthara.

To dwell upon briefly some of the salient features of his playing technique.

So endowed with a rate sensitivity, fitness and balance combined with a wide repertoire of strokes Mr. Sivaraman truly represents all that is aesthetic and his playing conforms to the popular idiom ‘Carnatic music is both emotional and intellectual’.

His Personality
As an artist Mr. Sivaraman with an evergreen and an ever ready smile on his face and an amiable and encouraging attitudes towards the musicians young and old has naturally earned wide appreciation making him the most sought after mridangist. Alluding affection, admiration and good stage manners, it is no wonder that Mr. Sivaraman confirms to all the requisites of a perfect laya vidwan. This apart, he is always a fountainhead of inspiration for the young musicians too providing them the much needed fillip, co-operation and encouragement. My son Ramakanth vividly remembers one of his concerts at Madras with Mr. Sivaraman on mridangam in which the maestro played a classic tani avartanam for nearly thirty minutes along with Palghat Sundaram on ghatam creating an electrifying atmosphere.

So I think with likes of Mr. Sivaraman around, connoisseurs of carnatic music need not break their heads regarding the preservation, promotion and perpetuation of the fine art of mridangam playing.

I can safely conclude that Mr. Sivaraman as a unique artist handling a unique instrument that is mridangam has definitely ad successfully filled the void left by the great Mani Iyer’s demise and evidently, he is the Prima Donna of mridangam.

Interview with S.V.K, a leading and well-known music critic and writer